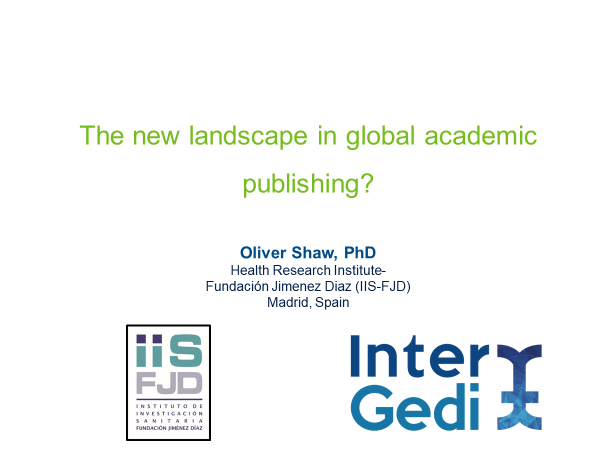 Oliver Shaw presented at the XVII International Conference of the European Association of Languages for Specific Purposes (AESLA), celebrated in Madrid during the days 28th and 29th of June.

In his paper, “The new landscape in global academic publishing?”, he presents a case study that identifies some difficulties that multilingual scholars face during early-career text production, and how this is reflected in their textual choices.

The full abstract of Oliver’s presentation can be consulted as follows:

Research genres are used by discourse communities to fulfill their communicative needs and grant membership to individuals, among other ends. Due to the inherently social nature of discourse communities and the texts they use to carry out their business, work done in English for academic purposes (EAP) has sought to aid multilingual scholars in their efforts to become established members of their scientific communities. However, much of the existing EAP research has taken a textualist stance to writing, creating a disconnect between the physical artifact of writing and the process of meaning-making in society. As a result, calls have been made to broaden the contextual sensitivity of research.

As part of a larger project, I studied the path of one research article written by a team of Spanish medical researchers. To understand the challenges faced by multilingual scholars and how these challenges translate into textual choices, I applied an adapted version of the “text histories” approach, using the findings of this ethnographic methodology to enrich a Swalesian move-step analysis of each section, and viceversa. The primary findings of this case study bring to light certain pitfalls of early-career academic text production, reveal feelings of outsiderness among multilingual scholars, and provide further evidence of the inherent malleability of research genres.