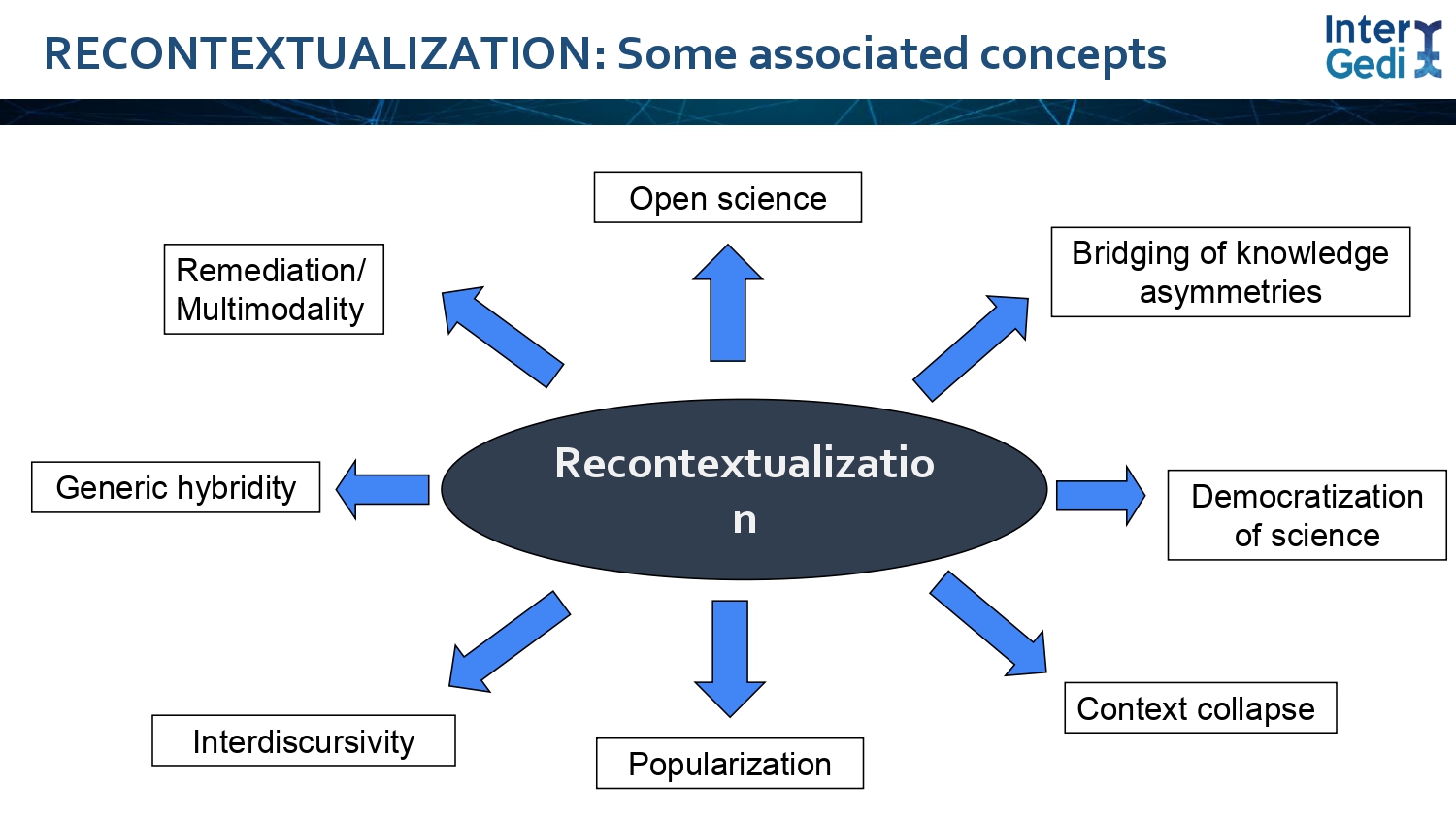 Rosa Lorés was a keynote speaker at the 9th Conference on Computer-Mediated Communication (CMC) and Social Media Corpora, that was hosted by the Faculty of Philology of the University of Santiago de Compostela during the days 28th and 29th September 2022.  In her plenary lecture, titled “A look into digital scientific textual practices: Compiling and exploiting corpora from a discourse-analytical perspective”, Lorés explains the process of compilation and exploitation of the digital corpora EUROPRO and SciDis, focusing on the main methods and criteria.

The full abstract of Rosa Lorés talk can be consulted as follows:

A look into digital scientific textual practices: Compiling and exploiting corpora from a discourse-analytical perspective

Digital writing practices in scientific communication are increasingly becoming an object of study in discourse analysis, applied linguistics, sociolinguistics, and associated fields. Although less prone to be approached as an object of study than the digital practices pertaining to other communicative contexts (i.e. commerce, journalism, education, entertainment or tourism), scientific digital practices are attracting the attention of discourse analysts inasmuch as they offer innovative spaces of interaction. Diverse platforms are being used for scientists’ global collaboration and visibility (i.e. research group websites) and for the dissemination of specialized knowledge among less expert audiences (i.e. scientific blogs). As is the case in other contexts, digital scientific communication often involves i) a combination of modes (multimodality) as a meaning-making resource; ii) a lack of a well-defined audience (context-collapse); iii) a mixture of discourses and generic conventions which are conveniently deployed to achieve new goals (hybridization), and iv) the reformulation of information to reach audiences with a variety of expectations and background knowledge (recontextualization).

In my talk I will share the InterGedi research group’s experience in the compilation and exploitation of two digital corpora, one consisting of international research project webpages and their Twitter accounts (EUROPRO) and the other (SciDis, in progress), which includes various scientific dissemination digital practices such as individual and institutional research blogs. The presentation will revolve around the criteria used for the selection of the diverse practices and texts included in the corpora, the methodological steps taken to annotate the verbal component for the language-centered empirical analyses, as well as the challenges that their multimodal character poses. An illustration of the analytical perspectives which have been adopted for the corpus-based exploration of specific instances of scientific digital discourse will also be offered. In all, I intend to look into the methodological and analytical opportunities and challenges that working with collections of digital scientific texts offers for and poses to the discourse analyst.